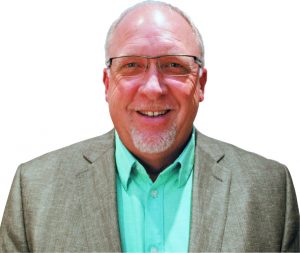 Q:  What measures is the Town of Vegreville taking with regards to municipal staff, physical distancing and safety?  What percentage of staff are working from home?

A:  The senior management group has split up. So our CAO and the next line are never in the building at the same time. It’s sort of like the princes that are never on the same plane. Because if somebody in our building was to test positive, everybody else would have to go home and self isolate. So having the CAO or the next in line both not being able to be at the building would not be a very good solution. So they’re taking turns. They’re shifting out. There are four senior management and then Sandra, the executive assistant. They take turns at whose in the building, and then they work from home the rest of the time. It really didn’t take much to get the all computers. The direct phone lines have now been switched to their cell numbers so they just work from home. And then the next week the others come in and the others change over and go home, and then the senior management come into the building.

Over at public works the coffee breaks have been changed so they’re not all together in the same building at one time. They try their best not to put two people in the same vehicle when they’re heading to do some work. So there’s always going to be the situation where the job is too big for any one person and then they’ll have to have two, but they are doing their best to avoid those situations.

Q:  Italian health professionals who have learned from their situation are recommending separate hospitals for people diagnosed with COVID-19 needing hospitalization to prevent contamination.  Does Vegreville’s St. Joseph hospital have a plan in place to prevent this issue and related challenges.

A:  Well, I’m not going to comment on what the action plan is for Alberta Health Services is, or for Covenant Health. I know there is a plan. I know that our municipality was asked if we had to start isolating people with COVID-19 other than a hospital, if it got out of hand, would there be a facility? And we’ve given them the best facility that we feel would suit the needs, and so that’s all built into their plan, and the worse case scenario. So I don’t want to comment on what’s going to be at the hospital because I know they’re looking at who they could move out of certain hospitals and other hospitals could be for more acute care. I don’t know enough about that to make a comment on their behalf.

Basically, they asked us for a facility and what we thought would work best for this area, and we put them in contact with people who own what we thought would be best, and they’ve had conversations. What they don’t want is to have, say the arena with a bunch of cots all stretched out on. That’s not what their first preference would be. If it got to the point where our community was just inundated with this, and we needed something like that, yes, we already have an emergency plan for evacuating other communities into our community, where the beds would come from. We already had that all in place. As far as having separate rooms and another facility were could isolate people in or quarantine people in, it would be through a private owner.

Q:  Provincial and federal sources are looking at a timeline up to and past June for COVID-19 public health orders (isolation, business closures, restriction on gatherings).  What timeline is the Town of Vegreville working on?

A:  We have not declared a local state of emergency. So we’re working off the province, and I can tell you that everybody on council is a lot happier with some of the new things they’ve brought forward when it comes to how many people are allowed to be in a gathering. Closing the parks. We were just about to do that on our own when they said that it now needs to be done. So we’ve sat down and looked at all the scenarios that we thought as a council would be exposing people to by not closing and we had the conversation about having a local state of emergency and what the pros and cons would be to that and our senior administration staff explained everything to us. So if it needed to came to that we could do that in a hurry. We had that conversation for a couple of hours. What’s all involved to make it happen, and what the pros and cons of doing it are. It only lasts for seven days at a time and council would have to come together again and have that discussion again. But the province stepped up and has taken some of the measures we were thinking of doing and made then mandatory in the province now. Still under the medical emergency act I know the City of Edmonton and Calgary they have already brought in their local emergency measures, so they voted it in and they have special powers right now. We have not gone that extra step. We were talking about doing it, but when the province increased their policing and the efforts under the emergency medical act we were satisfied with that. Now our bylaw officers are now licensed to charge people so that was one of the things we were worried about, but when the premier came out and made that announcement that law enforcement including bylaw so now we have within our department can step up and do that. Help enforce ema distancing, no gatherings over 15 people and start enforcing the law. Not aware of any enforcement, but there have been stern warnings by bylaw officers to certain individuals in the town. Luckily, they heeded the warning.

I have to say within the last week I am more than happy with the change in attitude and actions within the community. Everybody is really starting to take this a lot more seriously. What we do today won’t see results until two to three weeks down the road, but I think we’re on the right path now.

Q:  This week the City of Edmonton announced that they were laying off more than 2000 staff in order to save taxpayer dollars.  What cost cutting measures is the Town of Vegreville taking at this time?

A:  During the meeting when we talked about invoking the Local Emergency Act. We talked about what the future of the town looks like and moving forward some businesses and home owners tax times come how we may be able to help out. All the municipalities are waiting for the province to let us know a little bit more about we may or may have in leeway we may have in collecting taxes, and see if we can get a little help there. We need to talk about our staffing levels and I would imagine come October our budgeting for the next year will look a whole different look than what we normally would do and real dollars we will be collecting in property taxes.

I’ve asked all of council to start thinking about this seriously because we are going to have to make some decisions in the near future here. We’re concentrating on trying to get through this right now, and flattening the curve the best we can for the whole province and then we’re really going to have to take a look at some real tough issues that every municipality is going to face. Staffing levels, businesses that aren’t going to reopen again, how’s this economy going to get back up and running, and what’s fair to everybody.

Q:  What can citizens do to assist in the effort to deal with what may be coming?

A:  More than anything, we need to support the local businesses. Because if our businesses go this town is going to be in tough shape. Being this hub for the region and attract a lot of people to our town and it keep us strong and our economy moving.

The biggest problem he sees how get the economy restarted. There’s a lot of people struggling right now and a lot of business owners have no guarantee about anything. Everyday you open your doors you have to learn how to make some money, cover all your bills and help out the families of your employees. We need to be there to support them, the whole community does.

Q:  What message would you like to pass on to the citizens of Vegreville who are feeling uncertain of what tomorrow holds?

A:  We maybe apart, but we’ll get through this together.

Emergencies Act Prompts County of Minburn Councillor to Speak Out

Spring Session of the Legislature and Budget 2022 to be Released