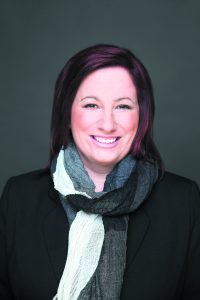 Ms. Stubbs, the Conservative Shadow Minister of Natural Resources, introduced The Environmental Restoration Incentive Act, Bill C-221 in the House of Commons. This bill will create an immediate tax credit for decommissioning old and inactive oil and gas wells and proposes a flow-through share mechanism to get private investors to invest in well closure, remediation and reclamation.

“Bill C-221 will provide incentives for immediate action, a path to raise money from the private sector, and a solution that will create thousands of jobs every year for oil and gas workers,” said Stubbs. By implementing both of these measures, small and medium producers will be able to raise the money they need to decommission oil and gas wells, ensuring the private sector pays for a private sector liability.

In Alberta alone, between 2015 and 2018, the number of orphan wells skyrocketed from 768 to 3,128. Stubbs said action needs to be taken immediately, otherwise Canadian taxpayers could have to pay to close and reclaim these wells if more companies go bankrupt. The well closure costs for all the active and inactive wells in Canada right now are estimated to range between $30 billion and $70 billion.

“Canadian oil and gas producers are world leaders in environmental remediation and reclamation. However, a combination of economic, legislative, policy, fiscal and regulatory factors led to the historic collapse in investment and jobs in Canada’s energy sector.”

Smaller producers are struggling to raise capital to pay to meet environmental obligations – and that was before the recent price crash dropped oil prices to $5.43 a barrel on March 18th. In the past week, up to $6.4 billion in project funding for pipelines and new drilling was cancelled, leading to immediate layoffs in the oil services and drilling sector.

Stubbs says this makes it more important than ever for the federal government to take concrete action in support of the oil and gas sector.

The Alberta Government supports the idea of flow-through shares to incentivise private investors to invest in Canadian energy companies. To address the growing number of orphan wells, the Alberta government recently announced a $100 million loan to the provincial Orphan Well Association to remediate 1,000 orphan wells. Bill C-221 would prevent wells from becoming orphaned by incentivizing companies to close and remediate them before they become an environmental liability.

Alberta Finance Minister Travis Toews supports this proposal. He said: “Bill C-221 builds on the work Alberta has undertaken. Flow-through shares are a game-changer for helping producers raise money from the private sector to decommission oil and gas wells,”

Mark Scholz, the President and CEO of the Canadian Association of Oilwell Drilling Contractors (CAODC) also supports the Environmental Restoration Incentive. He said the organization is supportive of any initiative designed to help facilitate private investment in the drilling or servicing of wells in western Canada. “Programs designed to incentivize private investment in well reclamation, for instance, would help provide consistent work over time, which is the foundation for building a steady labour force again in the oilfield services sector.”

Ms. Stubbs is working with MPs to build supports for Bill C-221. “The choice Members of Parliament from all parties will have to make is: does the federal government create a path for the private sector to address the surge in inactive and suspended wells so they don’t become orphaned, or will they leave it to the Canadian taxpayer to foot the bill?”

Emergencies Act Prompts County of Minburn Councillor to Speak Out

Spring Session of the Legislature and Budget 2022 to be Released